“Sculpture gains by finding a setting that suits its mood and when that happens there is gain for both the sculpture and setting.” – Henry Moore

I was treated to a preview of Bruce Munro’s  ‘Winter Light’ exhibition in the grounds of Waddesdon Manor recently.  Flamboyant light installations in a formal Victorian garden.  I wrote a short piece about it for Buckinghamshire Life: Bruce Munro.

Here’re some more pictures from ‘Winter Light’ and a few other bits of art in the landscape.

Beacon was originally constructed in 2013 on a hill at Long Knoll near the artist’s home, to raise money & awareness for breast cancer charity Cancerkin.  “This hill and surrounding countryside has long been my ‘canvas’,” Munro explained. “I lost a dear friend very young to breast cancer. By illuminating the night sky for a brief moment, I hope to send the message ‘you are not alone’.”

Bruce Munro’s Moon-Harvest at Waddesdon transforms hay-bales in their black plastic wrappers into a galaxy come to earth.

The exhibition is on till 4th January 2015, illuminating from 4pm.

“Bid men of battle build me a tomb fair after fire, on the foreland by the sea that shall stand as a reminder of me to my people, towering high over Hronesness so that ocean travellers shall afterwards name it Beowulf’s barrow, bending in the distance their masted ships through the mists upon the sea.” – Beowulf

Part of the charm, for me, of standing stones and burial chambers is the way they sit like ancient sculptures in the landscape. I wrote an article about Welsh Standing Stones for Pembrokeshire Life, ‘Romancing the Stones’.

“An entrance fee allows you to admire Stonehenge from beyond a fence. At its closest fifteen feet from the stones. Afterwards you can snack on a ‘megalithic scone’ as the A303 roars past and another coach load of visitors arrives. In Pembrokeshire stones stand alone, unassailed by gift shops, quietly keeping a sense of ancient mystery and eerie beauty.”

One of a series of sculptures by Jill Watson around the Berwickshire coastline, commemorating the Great Storm of 1881 in which 189 fishermen were shipwrecked.  This one is at Eyemouth, figures forever looking out to sea, hopeful their friends and families might yet come home. 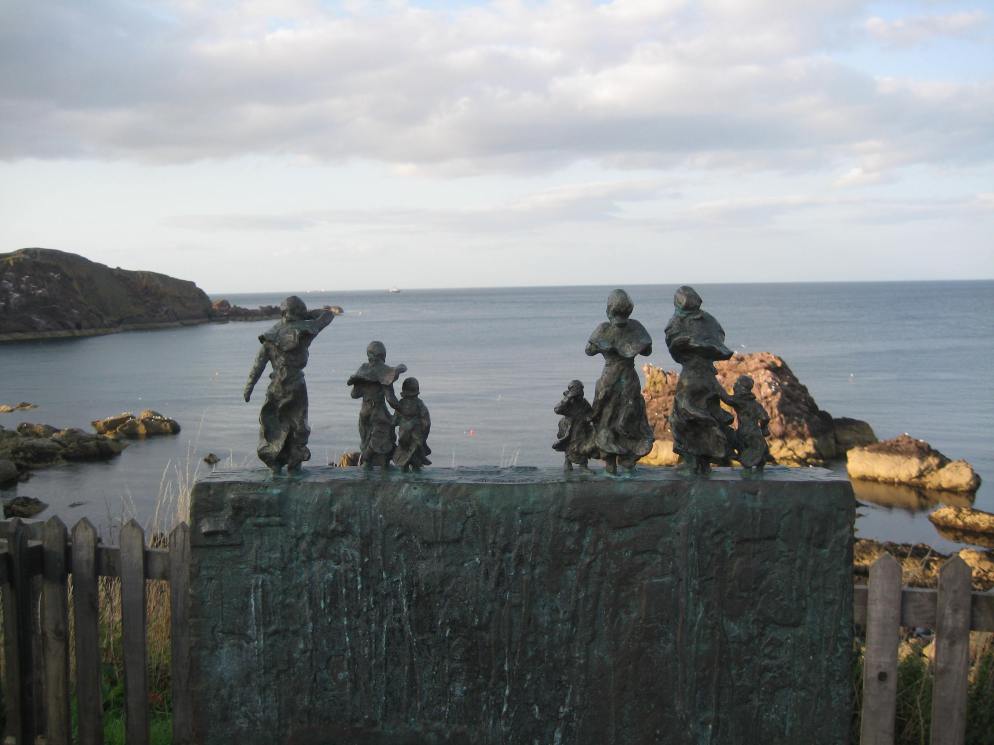 I was lucky enough to visit the fantastic 2007 exhibition of Henry Moore sculptures at Kew Gardens.  Henry Moore is back at Kew, his Reclining Mother & Child in the gardens described by Kew as – “This bronze beauty will perfectly illustrate the clear synergy between Moore’s delight in the natural world and Kew’s celebration of nature.  Having his works perceived within a natural setting was crucial to Moore’s vision.”

At RHS Wisely, Henry Moore’s King and Queen contemplate the view from their chilly bench.

“Landscape has been for me one of the sources of my energy… The whole of Nature is an endless demonstration of shape and form.” – Henry Moore

Fence-post crow guarding the path up to the ruins of Dinas Bran castle in North Wales, near Llangollen.  Dinas Bran has been translated as Crow Castle or The Hill of the Crow. 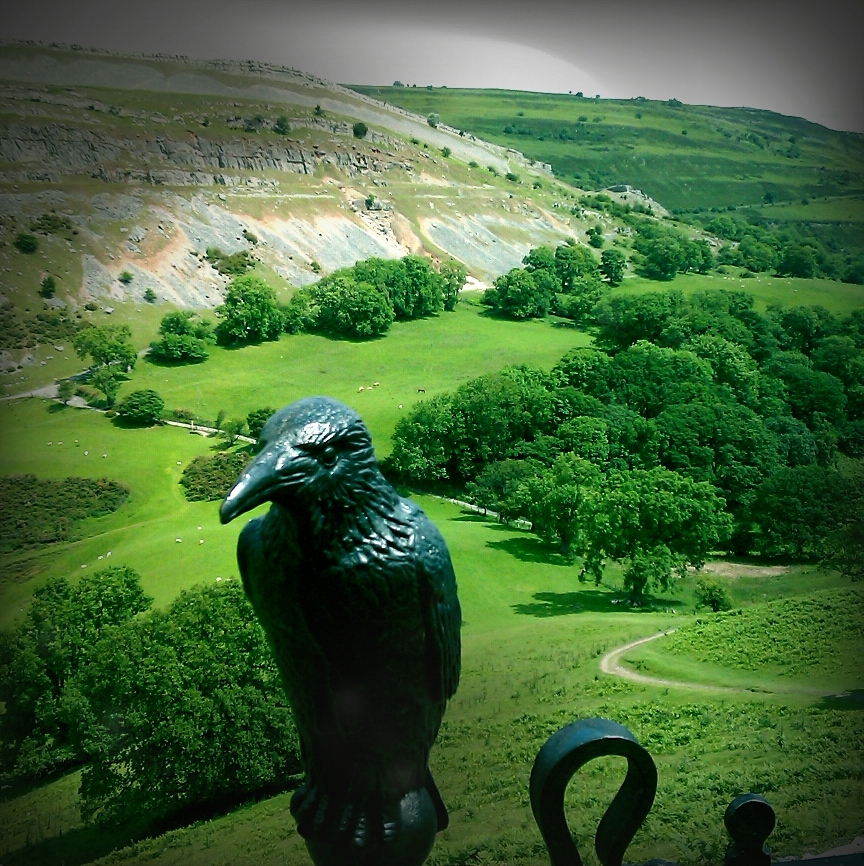